Redondo Beach is one of three adjacent beach cities along the southern portion of Santa Monica Bay in California. The carefree, beach town atmosphere is home to a scenic pier and some of the best surfing in the country. The area also boasts a significantly impressive and robust networking infrastructure.

One of the beneficiaries of this is the Redondo Beach Unified School District (RBUSD), which serves nearly 10,000 students across eight elementary schools, two middle schools, one high school, one continuation school and one adult school. Over the past few years, seven of its schools (Beryl, Birney, Jefferson, Madison, Tulita, Washington and Parras) have earned “California Distinguished School” recognitions.

Part of the credit can go to the passing of the General Obligation bond (Measure Q) in 2013. The local $63 million bond program helped RBUSD complete its investment in infrastructure and facilities by improving student access to computers and modern technology, as well as making energy efficiency improvements and renovating classrooms, facilities and grounds.

Superintendent Steven E. Keller, Ed.D., says the continual benefits that RBUSD received from the upgrades was a boon during the pandemic. “The Measure Q bond provided us the bridge necessary to thrive in this COVID-learning environment. Although it took some time to get there, our teachers provided excellent instruction to our students. As a parent in RBUSD, I could not have been more pleased with the quality instruction my daughter received. In-person instruction is of course the best, most ideal, mode of instruction, but all things considered, RBUSD teachers were and are miracle workers.”

One of the initial challenges was in the virtual learning piece. Because teachers are not formally trained in the art of virtual instruction, it took a few months to pivot and change their teaching and learning models.

As Keller emphasizes, the RBUSD teachers and staff more than met the moment. “Communication was not compromised by any technology challenge. Communicating to stakeholders is a multi-layered approach: direct emails, texts, social media posts, website information, Parent-Teacher-Association (PTA) word of mouth by their leaders, and the old-school phone message. We employed all of these methods to the best of our ability.”

During the pandemic, RBUSD made sure that all messages were connected as much as possible due to the timing of each change the district experienced from the California Department of Public Health. Kelly says RBUSD blended the messages, but timed them differently to the various stakeholders. For example, it would first send a mass message to the Board of Education and administrators, followed an hour later by one to the staff, and then an hour later to all parents and guardians.

“Because we do not have a Public Information Officer, this was the most effective use of limited staff time to construct and write the message to our learning community,” Kelly says. “Early on, our teachers said they liked that the messaging was aligned and they could read what the parents were receiving before it went to press. This also allowed us the ability to edit a message if we had something incorrect, which of course happened.”

Too many schools were not as fortunate. Before the pandemic hit, there was a significant digital divide between K-12 students with and without access to high-speed internet and computing devices at home across the country, something industry insiders call the “homework gap.” And the numbers are staggering. According to “Closing the K-12 Digital Divide in the Age of Distance Learning”—a report by Boston Consulting Group in partnership with Common Sense—the gap is much larger than anyone anticipated (pre-pandemic).

The “Closing the K-12 Digital Divide” uncovered that approximately 15 million to 16 million K-12 public school students, or 30% of all public K-12 students, live in households either without an internet connection or device adequate for distance learning at home. Of these students, approximately nine million live in households with neither an adequate connection nor an adequate device for distance learning.

When COVID hit and closed school facilities down, some 50 million K-12 public school students had to learn remotely from home. The report exposed that even in states with the smallest divides, one in four students still lacked adequate internet. In states with the largest divides, half of all students lacked adequate internet. Even more alarming, up to 400,000 teachers could not teach due to a lack of internet access.

This past December, the Board of Education of the Moreno Valley Unified School District (MVUSD) voted to remain in full distance learning for the remainder of the 2020-2021 school year. The school district, located in Riverside County, California, is part of the Riverside-San Bernardino-Ontario Metropolitan Area, the county’s second largest city.

Like school districts across the country, MVUSD was forced to learn how to communicate and support each other using a number of safety protocols and procedures. In the face of such unprecedented circumstances, Confidential Secretary Brenda Tellez, who works closely with the Superintendent’s office, says the teachers and staff had to rethink every aspect of the teaching and learning process, leaning on more empathy and grace than ever. “Connectivity was compromised, so we needed to do home visits, call people and write kind notes to our students and families. Our messaging was different. We called, texted and emailed our families every Tuesday and Friday.”

Typically, each of the Moreno Valley schools have a limited quantity of Chromebooks for students, which are shared by multiple classes throughout the day. Unfortunately, a large portion of its students did not have access to computers or internet services when the schools were shut down, causing some initial levels of stress.

“We became creative and innovative,” says Tellez, who was named the “2020 MVUSD Confidential Employee of the Year” for her work during those initial pandemic days. “Wi-Fi buses, hotspots delivered and headphones for everyone. There was also technology support seven days a week, from 8:30 a.m. to 7 p.m. We did as much as we could to assist with the issues.”

Amanda Pierce, Specialist Creative Services for the Jefferson County Public Schools (JCPS) in Louisville, Kentucky, had a similar issue with her students. As the manager of the Materials Production Department, she oversees the intake of jobs, scheduling for the graphic designers and assists with the scheduling for print production. Kentucky’s leading urban school district, JCPS, has 96,000 students, roughly one of every seven students in Kentucky.

When the pandemic hit, Pierce and the JCPS team had to act quickly, ordering an additional 30,000 Chromebooks and hotspots donated by T-Mobile, both of which were shipped via USPS to the students. “It took weeks for our schools to get online with classes for all students,” Pierce says. “The district ended up setting daily correspondence with families through email, text and on the web. I don’t believe it was very different for each group. Our message was always to keep your head up, we’ll get through this.”

Over the past year, along with the pandemic, the Jefferson Public Schools district has undergone a lot of changes. For example, the district as a whole has gone more digital, while its printing area continues to generate curriculum materials for students.

As the pandemic has revealed, in more stark detail than anyone wants to admit, the student digital divide remains a daunting challenge in a time when digital savviness is an essential tool for future success. That means digital platforms must be an utmost priority for educators to stay connected to their students’ development in today’s digital-driven landscape.

Welcome to EnvisionED K-12—an endeavor to support your juggling act through thoughtful stories, inspiration and useful insights. EnvisionED K-12 was created from listening to K-12 education business officers, including facilities and planning personnel across the country. We discovered that there is a community that craves new ideas, strategies, and an ongoing dialogue about the issues you face each and every day. 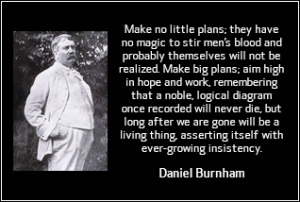